Minbloc grades are highly effective additives in changing the surface of plastic films hereby reducing blocking, the tendency of plastic films to stick together when brought together. This is a non-desirable effect in the processing of the film as well as during use of the film or the plastic bags made herewith. 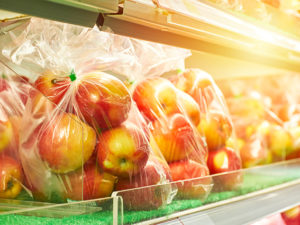 To overcome the blocking phenomenon, MINBLOC® additives may be added to create a micro surface roughness with particles protruding from the smooth film surface.

When selecting an anti-blocking additive the following criteria need to be carefully considered:

Sibelco offers a range of Minbloc grades based on different minerals to allow the film-processor to make the proper selection for the specific requirements of the film given the above criteria:

View information on the sub application.

Choose from the minerals highlighted in bold.

View the product benefits of the mineral.

Select the functionality you require from your coatings minerals

View the minerals offering this functionality, highlighted in bold.