The applications which
can use this mineral are
highlighted. Please select
one to learn more.
Product Description
Benefits & Application Details

Nepheline syenite (silicate, naturally occurring blend of albite, microcline and nepheline) is a feldspatic mineral mined in Canada and Norway.

Nepheline syenite can be characterised by:

Adding Nepheline to the resin for film addresses the issue of blocking (the sticking together of two film surfaces) during the production of the film, converting of the film and during the end-use of the film in packaging (including making of bags) and in agriculture.

Nepheline is a free crystaline material and therefore free from labeling. It has a refractive index close to that of a variety of polymer systems used in producing film. This results in high clarity films with low haze. Different Nepheline grades are available to have optimal anti-block performance for different film thicknesses.

Nepheline is used in a variety of applications, ranging from resilient PVC flooring where it improves the fusion-process of the plastisol. Another application is in WPC (Wood Plastic Composites) where it offers among other features improved UV resistance and color retention along with better dimensional stability.

Furthermore Nepheline grades improve the resistance towards dirt (from the atmosphere, for example) and due to its hardness of 6 on Mohs scale, it also improves the abrasion and scratch resistance of the material it is being used in.

As  Nepheline grades are transparent for UV radiation, they can be used in UV curing formulations of adhesives and sealants. Another reason to use them in this application is to have a better “body” of the sealant without increasing the viscosity

When used in roof coatings they increase the IR reflection and hereby keeping the roof and the structure cooler when exposed to the sun. 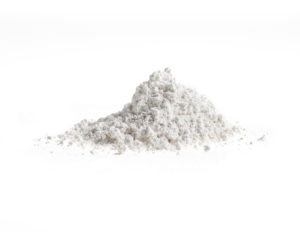 View information on the sub application.

Choose from the minerals highlighted in bold.

View the product benefits of the mineral.

Select the functionality you require from your coatings minerals

View the minerals offering this functionality, highlighted in bold.